The Elections Research Center conducted surveys in Michigan, Pennsylvania, and Wisconsin between October 13 through 21, 2020. The survey asked respondents about the most important issue facing the country, opinions about Trump, campaign contact, and the nomination of Amy Coney Barrett.

The survey reveals that Biden has extended his leads over President Trump in the three key battleground states. The difference from our previous poll in September is that a larger share of undecided and potential minor party voters has come to support Biden.

Biden has a massive lead among those who have already voted. Although Trump is favored by those who are yet to vote, the margin is not large enough to compensate for Biden’s advantage in the early vote. 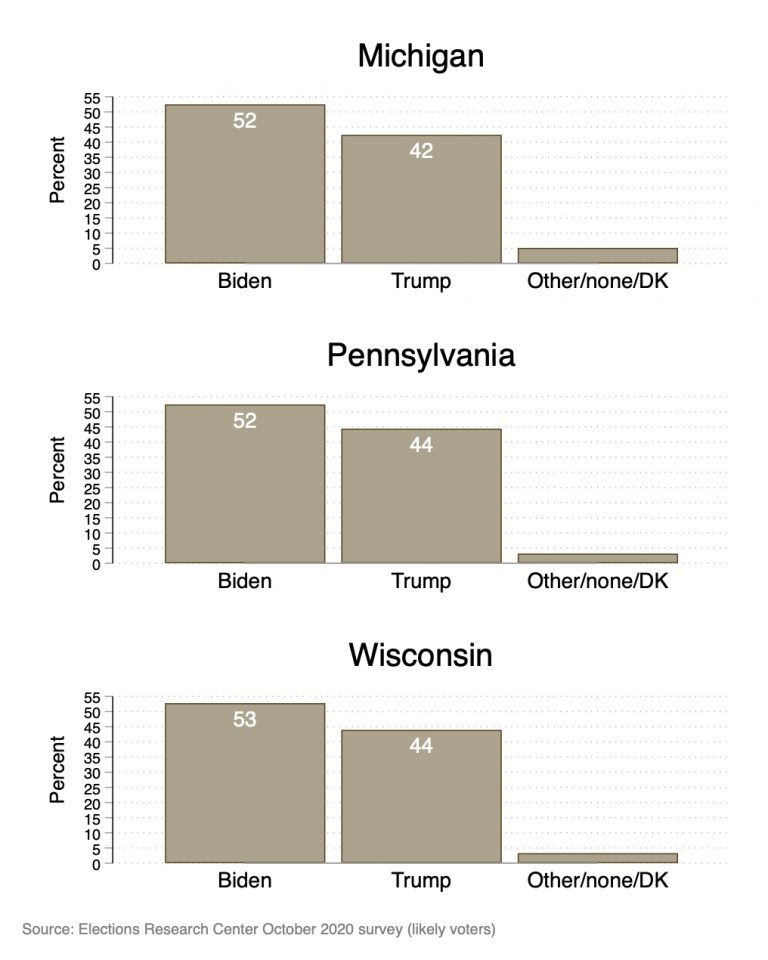 Compared to the September survey, there has been a noticeable increase in the number of people who have been contacted by at least one of the campaigns. Among likely voters, 70% report being contacted, an increase of eight points from the previous survey. The increase has been most pronounced in Wisconsin.

The samples of 800 in each state were selected and weighted to reflect the adult population in the state based on gender, age, and education. The margin of error in each state sample ranges is around 4 percentage points.