The Elections Research Center conducted surveys in Michigan, Pennsylvania, and Wisconsin between September 10 through 21, 2020. The surveys asked voting-age citizens who they plan to vote for in the general election. Among other items, the survey also asked respondents about the most important issue facing the country, opinions about Trump, and campaign contact.

The survey reveals that Biden maintains a persistent lead across all three battleground states, but margins have slightly narrowed since our previous poll in August.

Unlike in August, Biden’s lead actually narrows when limiting the focus to “likely” voters, defined as registered voters who also report that they are “certain” to vote. Biden remains near the 50% mark in all three states, but Trump narrows the gap among this key group of respondents.

When asked about the most important issue facing the country, each candidate’s supporters have starkly different perspectives. Whereas Biden voters place importance on the coronavirus, Trump voters are more focused on the economy.

These differences also extend to how their supporters plan to vote with Biden voters strongly in favor of voting by mail and Trump voters preferring to vote in person.

Other results are available in our press release or in our detailed cross-tabs.

The samples of 800 in each state were selected and weighted to reflect the adult population in the state based on gender, age, and education. The margin of error in each state sample ranges is around 4 percentage points. 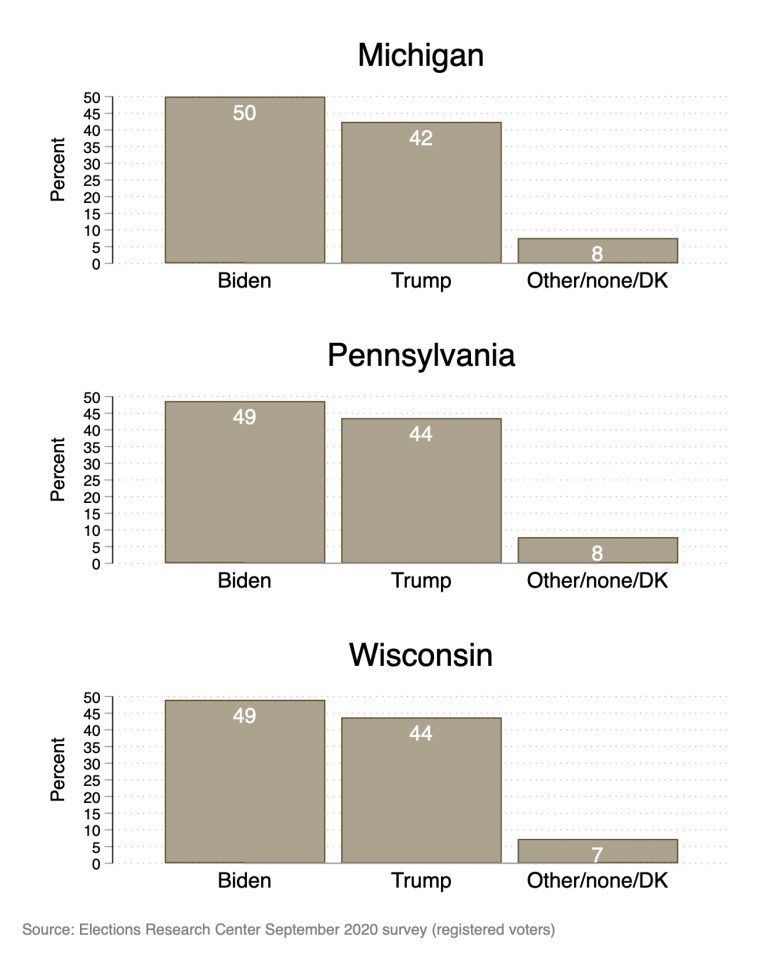 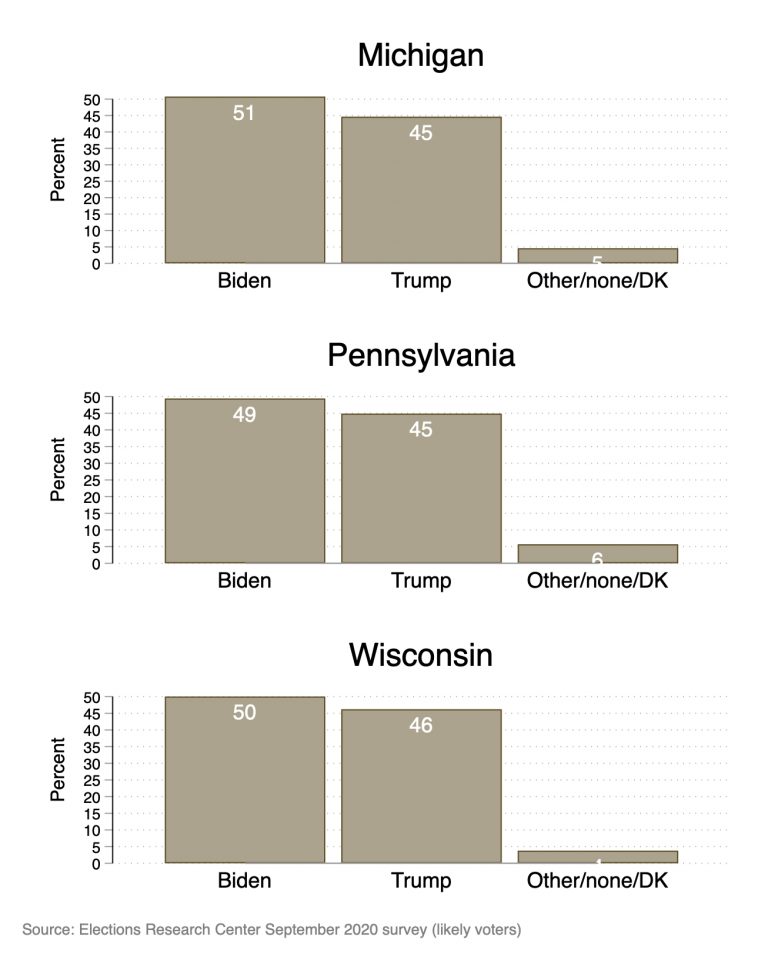